Strong growth in Italian real estate market, with investments expected to reach 11 billion euros in 2019. Over 200 delegates representing investors with combined assets of over two trillion euros of assets under management in attendance. 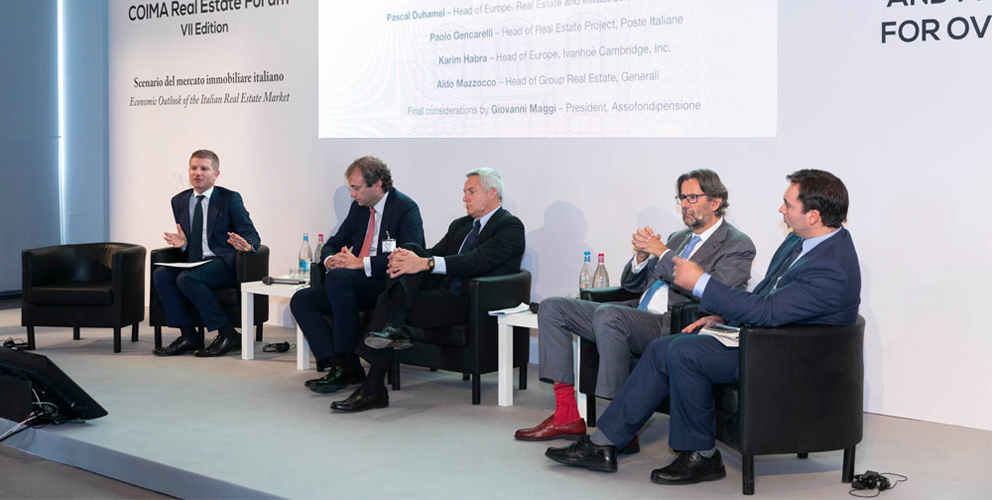 Milan, 24 October 2019 – Attendance of the eighth edition of the annual COIMA Real Estate Forum - a key event for the Italian real estate sector dedicated to analyzing and investigating economic trends, at a domestic and international level - reached a new high, with over 200 specialists representing approximately 60 leading Italian and international institutional investors with total assets under management of over two trillion euros.

The 2019 edition of the Forum focused on Regeneration projects in the country, ESG investment and cities of the future. COIMA’s analysis found that the Italian real estate market remains attractive to investors, and is expected to bring in a record 11 billion euros of investment in 2019, with 4 billion euros planned for the last quarter of the year. This figure is significantly higher than the annual average investment of 7.9 billion euros over the past 5 years*.

With 3.40% yields, the Milanese market has proven itself able to guarantee equal, if not higher yields than those of other major European cities. Milan has also managed to maintain its role as the finance capital of Italy, producing 22% of the country’s GDP. The offices of over four thousand multinationals are located in the city, whilst 27% of Italy’s domestic exports are transported via Milan.

COIMA identifies the main opportunities in the redevelopment of an obsolete and inefficient stock. Milan has only 11% of class A buildings compared to 46% in London, so asset repositioning or renewal, and headquarters consolidation along the main infrastructure junctions are all potential prospects.

A particularly interesting asset class in Italy is tourism. As the fifth most visited country in the world, by the end of September 2019 Italy had recorded over 2.6 billion euros worth of investment in the hotel sector, with a growth trend aggregate of 26% (CAGR 2013-2018).

A highly attractive environment, which includes socio-demographic dynamics that can be identified worldwide: on the one hand the growth of urbanization (with over 30 million people - of which 5 alone in Italy - who will move to live in urban centers), a general ageing of the population (in 2050 16% of the world population will be over 65, compared to the current 9%) and education (already today there are more than 5.3 million young people moving to go abroad to study). 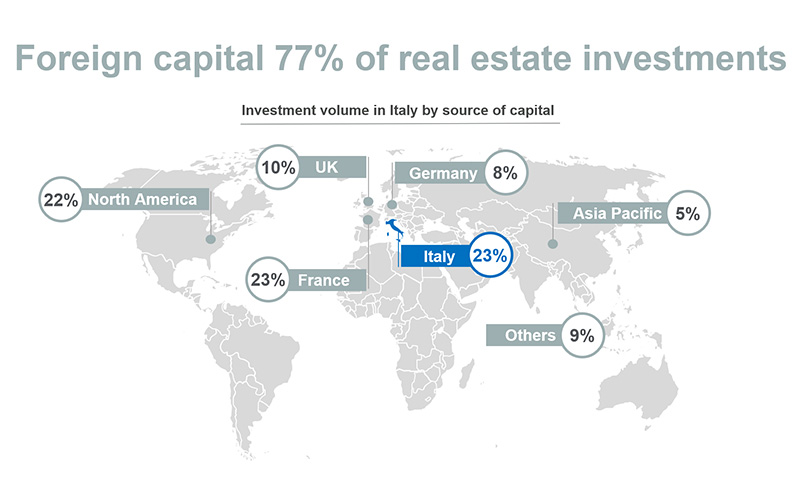 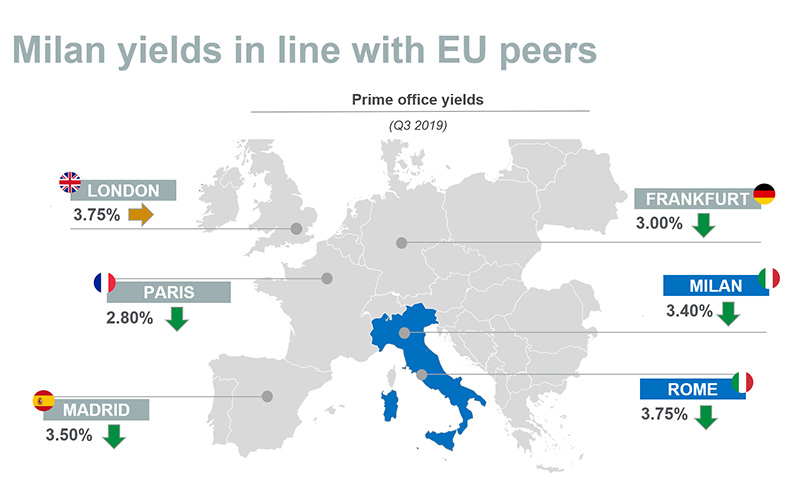 Manfredi Catella, Founder and CEO of COIMA, said: "Italy has an extraordinary opportunity today. Our country needs a strategic initiative that identifies decisive development resources in our communities and in the real economy. Environment, community, innovation, social inclusion must become the crucial elements for an important urban regeneration plan. In addition to the role of international investors, who are already demonstrating concrete belief in this vision, the support of domestic institutional players is absolutely critical, built around realistic and non-opportunistic performance targets."

The Councillor for Urban Planning in Milan Pierfrancesco Maran added: “In order to keep growing, the public and private sectors must cooperate on new objectives. The challenges we must tackle are important, these include climate change, affordable housing and a better integration of peripheral areas. The new Governmental and Territorial norm we have recently approved moves in this direction, laying the foundation for the Milan of 2030”.